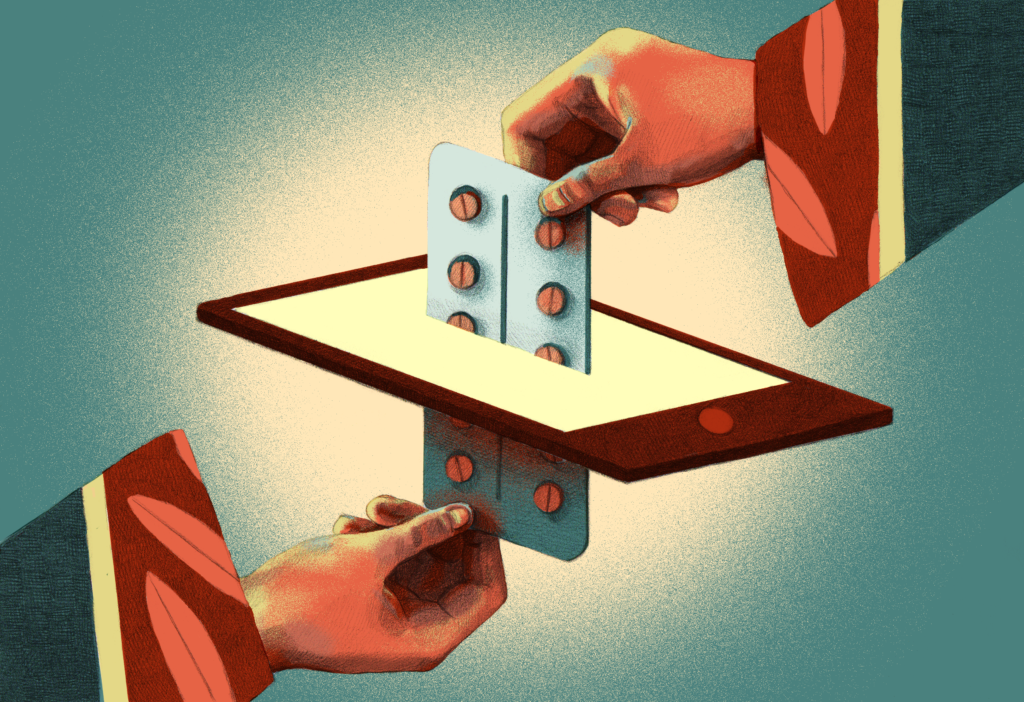 Jokkosanté, from Wolof jokkolanté, “to give and to receive”, is an application developed by a telecommunication engineer to facilitate the financing of medicines in Senegal.

80% of the working population in Senegal has no medical coverage. And for those who do, medicines are often not available. For Senegalese households, 52% to 73% of their health demands are for medicines and more than 50% of the expenses are directly financed by households. In addition to these figures, which already show the difficulty of access to medicines in this country, there is also the number of fake medicines in circulation in sub-Saharan Africa, which is about 1/3 of all medicines.

Aware of this, the JokkoSanté pilot project was launched in February 2015 with the commitment of the commune of Passy in Senegal, the Réseau RSE Sénégal and private partners such as Sonatel.

The initial offer was simple and composed of two components:

Two years later, the evaluation of this pilot phase in February 2017 showed convincing results with a value of USD 8,000 worth of medicines saved from waste in this very small locality of 7,000 inhabitants.

However, the Order of Pharmacists raised reservations about the circular economy, particularly about the guarantee of product quality.

The JokkoSanté team therefore decided to temporarily stop this circular economy component and not to resume it until a blockchain-based solution has been developed to ensure product condition. Cross-financing has been strengthened and diversified, however, allowing for the development of several channels for committing financial resources to alleviate vulnerable populations.

The concept of the application was initially to form a community pharmacy. In other words, the participants in the application were also the beneficiaries. If a person had surplus, unused and unexpired medication at home, they could drop it off at a public health centre that was a member of the Jokkosanté network. In return, they would obtain points that would allow them to purchase medication. This offer is currently on hold.

Today, JokkoSanté offers companies (Corporate Social Responsibility), associations and NGOs the possibility to improve their visibility and social impact by financing medicines for the population segments of their choice (according to place of residence, age, gender, etc.). This visibility of their activities is guaranteed because the beneficiary member automatically receives an SMS informing them that it is company “X” that has offered them the cost of their prescription.

JokkoSanté members can also exchange points and it is also possible to buy points (micro-savings). This possibility of buying and transferring points is convenient for emigrants or wealthy people who want to give points to family or friends.

The project, which has won several awards for social innovation, benefits many economic actors: the local pharmacy, the doctor and an immigrant all benefit from the implementation of this application.

In total, Jokkosanté brings together a network of 27 health structures, including pharmacies and hospitals, and has reached nearly 500,000 Senegalese.