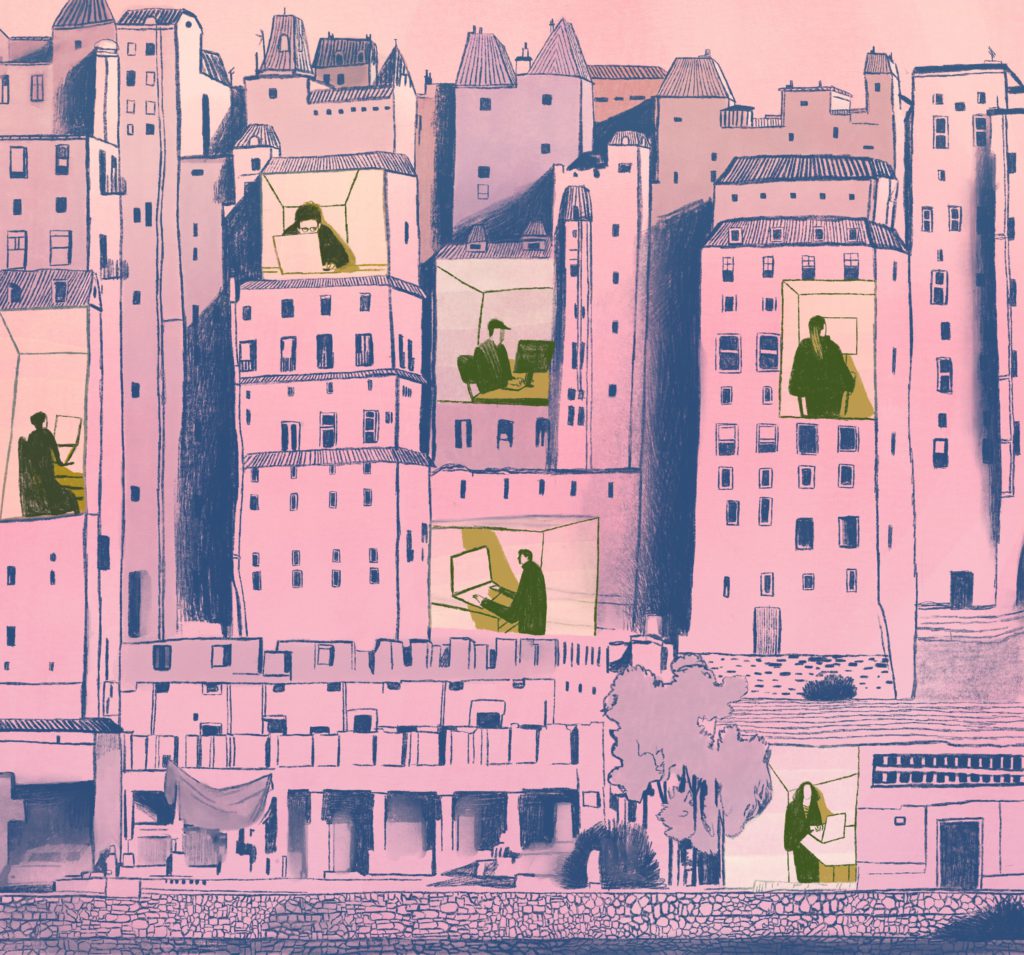 ShareAmi was born in May 2020 during the first lockdown, with the idea of maintaining social links for seniors and young people at risk of isolation, by adapting to the constraints of social distancing and the health crisis. Despite the vast physical expanse and cultural differences that separate them, every week ShareAmi’s learners and seniors meet in front of their screens to talk about everything they want, in French. Let’s not underestimate the effects of their weekly conversation:  it is precisely behind this apparent “small talk”  that there is everything. For some, it is a question of practising French, of academic success in schools, but also of professional insertion and social integration; for others, it is a question of transmitting knowledge, of feeling useful, as well as the simple joy of sharing and discovering the other. It is by creating a balanced link between two people (not just an helper and someone helped on the other side, but two people helping each other) that the programme creates lasting friendships over time.

ShareAmi receives registrations from seniors and learners, matches two profiles to form a pair. The experience relies heavily on volunteer facilitators who match seniors and learners. The facilitator calls the learner and the senior separately to introduce the programme, trains the senior in the use of video when necessary, helps them find a time to call each other and is present during the first conversation to ensure that everything goes well. Following an initial test conversation, learners and seniors commit to 3 months of conversations. At the end of the first three months, a social impact assessment is carried out, and the seniors and learners can then decide to continue calling each other more independently or to stop the duo.  ShareAmi has therefore set up a process of mobilisation, integration, training and support for the volunteer facilitators to ensure that the pairing goes as smoothly as possible. In concrete terms, this involves the integration of new facilitators who are registered each month in promotions, who are brought together remotely in an introductory and training call, and who are led in Whatsapp groups bringing together facilitators by promotion. Tools are made available, such as the facilitator’s guide, which explains the role step by step, and gives the keys to carrying it out as well as possible. To enable facilitators to coordinate with each other and with the ShareAmi team, ShareAmi has developed a platform that gives facilitators access to all the information they need to connect a duet and allows them to provide the ShareAmi team with essential data to monitor the programme, participant satisfaction, report problems and improve the programme.